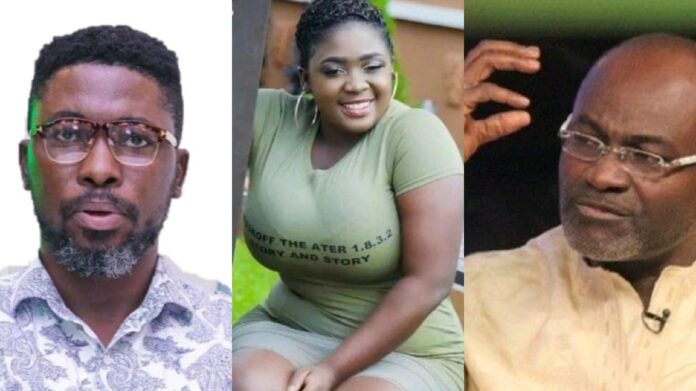 Last week on Net2 TV, Member of Parliament for Assin Central and business mogul Kennedy Agyapong disclosed that the Kumawood actress once tried to blackmail Aplus after their sexual encounter. According to Kennedy Agyapong, Aplus refused to pay the actress after informing her his wife is aware of their sexual intercourse.

This accusation got the better part of the actress who minutes ago took to her Facebook live feed to rain fire and brimstone at the legislator. Responding to the accusations, Tracy Boakye asked if there was anything wrong with Aplus for it to be a sin if she slept with him

” is Aplus crippled or he has a disability for it to be wrong if i had sex with him. I’m not a Virgin ” she ranted in twi.

Aplus who has become the centre of the whole quagmire took to his Facebook page to send a coded message in response to the issue.

Ghc 30,000 sent to Socrate Sarfo by the Npp has disappeared- Aplus says

#WhatsTrending – Kennedy Agyapong fails to show up in court, gives reason for his absence