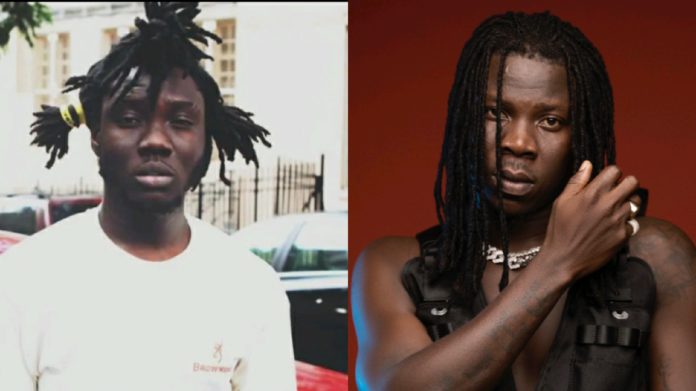 UK based Ghanaian musician, Showboy, who is currently serving 6 years in prison for starbing a guy known as Junior has lashed a scalding attack on Stonebwoy for refusing to show support to him after his incaseration.

According to Showboy born Sam Safo, Stonebwoy has not shown him genuine love even after all the good things he did for him. Showboy revealed that, he was the one who drove Stonebwoy around in Atlanta in 2015 when he had no one there to support him.

Showboy further added that, when others were showing their support through “Free Showboy ” quotes and remarks, Stonebwoy has failed to do same.

He took to twitter and posted “Stonebwoy dier after he benefited from Bie gya only fake love he show me …. Free SHOWBOY sef he never post … No support from you but I have actually supported you and drove you around ATL when nobody was there for you in 2015 … U think say wanna be wicked errh”

Iwan lashes out at Stonebwoy and Mugeez

APOLOGY NUMBER 3: Ola Michael apologies over allegations that Stonebwoy brandished a gun during scuffle with Angelo