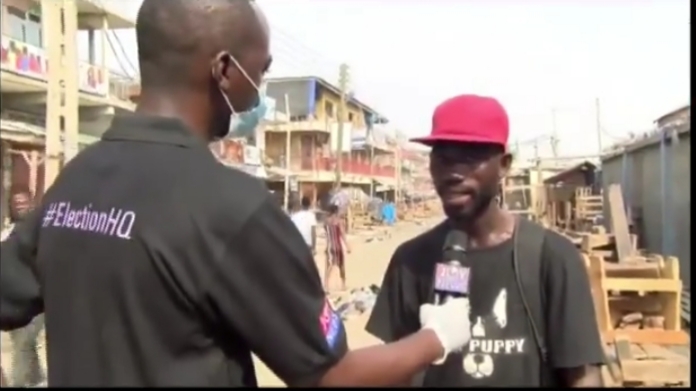 A young man who’s sad story went viral on social media platform Facebook after his interview with Joy News journalist Piese has been identified as a conman and a fraudster.

Mr Owusu Afriyie is known for his cunning way of telling a very convincing story to people he comes across, who intend part ways with cash for his upkeep.

During one of Joy News media runs, the Joy team came across this young man.

Without knowing his modus Operandi, the joy team sought to find out from Owusu Afriyie why he was still roaming the streets when there’s a law banning citizens of nonessential goods to stay at home.

As usual, Owusu Afriyie pulled the cat out of the bag without batting an eyelid and told his usual convincing tale.

According to him, he was recently released from the prison and he had nothing on him to go home aside his bible (pulls it out of his bag). “ I only need 25ghc to go home because I have no place to stay in Accra” he said as he forced a sad face.

His interview went viral and many social media users felt bad for him.

Some promised to give the young man money to start a business whiles others out of their hearts promised the lad a two-bedroom.

Well, it has come out to be a lie. The young man has been identified as a fraudster and a scammer who banks on the vulnerability of Ghanaians to dupe them out of their money.

These are some of the comments: