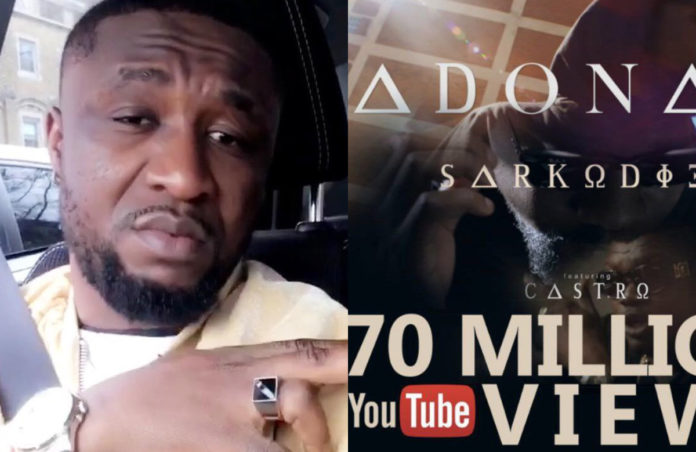 According to the controversial social media user, people usually go to view the Video mainly because they have heard one of the artist on the song had disappeared or had died.

” Don’t me wrong!!! If I’m not mistaken! That video was the last Castro did before his untimely death and it came during that mysterious death. People who dont know him viewed the video just to recognise him and that played a major role in the YouTube views till now #Adonai“

Adonai music video which features one of Ghana’s greatest singer, Castro garnered a whooping 70Million views this week. This becomes Sakordie’s most viewed video on YouTube.

After Castro’s video with Sarkodie, he was engage in other videos like “special somebody” with DBlack and others thereby making Archipalago’s point worthless.

Castro together with another female friend subsequently got missing in a trip he took with his closest friend Asamoah Gyan.