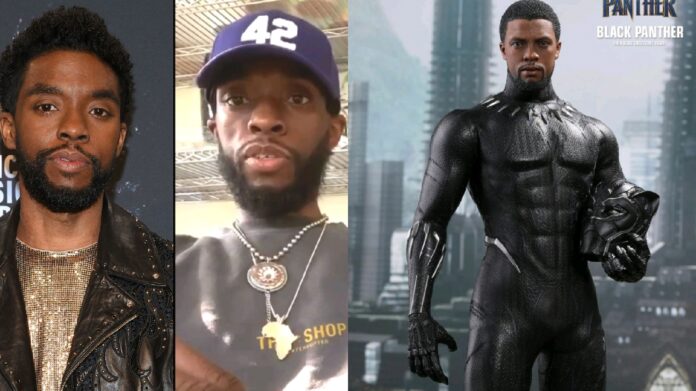 The actor has been battling colon cancer since 2016 and died at home with his family and wife by his side, according to a statement posted on his Twitter account.

He was 43, his publicist Nicki Fioravante said in a statement.

“A true fighter, Chadwick persevered through it all, and brought you so many of the films you have come to love so much,” the statement said.

“From Marshall to Da 5 Bloods, August Wilson’s Ma Rainey’s Black Bottom and several more, all were filmed during and between countless surgeries and chemotherapy.”
The statement said the role of King T’Challa was the “honor of (Boseman’s) career.”

Fans of the actor noticed his weight loss during an Instagram post where the actor spoke about the Covid19 pandemic. Though he failed to state why he had lost some weight, a section of his fans concluded that it was for a movie role.