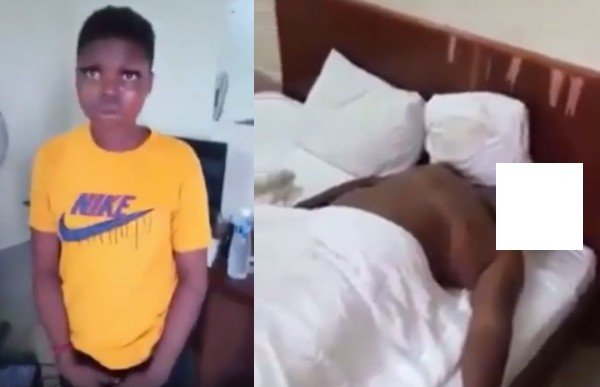 A unidentified Nigerian man has been confirmed dead after sleeping with a prostitute during a night out.

Eyewitnesses who found sex enhancement drugs at the scene of the incident, suggested that the man must have died after taking the drugs.

Recounting her encounter with her dead client, the prostitute who identified herself as Precious from Akwa Ibom state said she was invited over to the lodging facility by the deceased’s friend.

Precious disclosed that the man slept all through the night even though she never saw him take the sex pills. She further revealed that they had sex around 5am, after which the man slept off again.

Here is the viral video below;