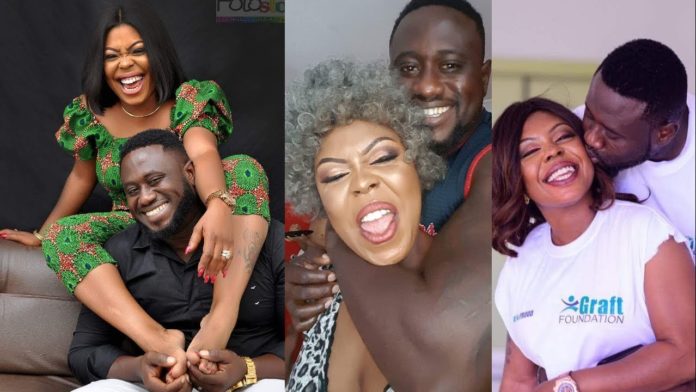 An Accra Circuit Court has issued a bench warrant for the arrest of Lawrence Abrokwa, the ex-husband of Afia Schwarzenegger for failing to appear before it on March 23rd 2020.

The court presided over by Mrs Justice Abena Oppong Adjin-Doku, a High Court judge sitting as an additional Circuit court judge, was expected to deliver its judgement yesterday in the case in which Abrokwa was being held on two counts of domestic violence to emotional, verbal and psychological abuse, the threat of harm, assault, the publication of obscene material, carrying an offensive weapon, causing unlawful damage and stealing.

Abrokwa at the last sitting failed to appear in court and the trial judge adjourned the matter to Monday, March 23, 2020.

When the case was called on Monday the accused’s counsel told the court that he has made several calls to the accused but to no avail.

The court, therefore, issued a bench warrant for his arrest and adjourned the matter to April 1.

The accused had pleaded not guilty and was granted bail in the sum of GH¢20,000.00 bails with three sureties, who should be gainfully employed.