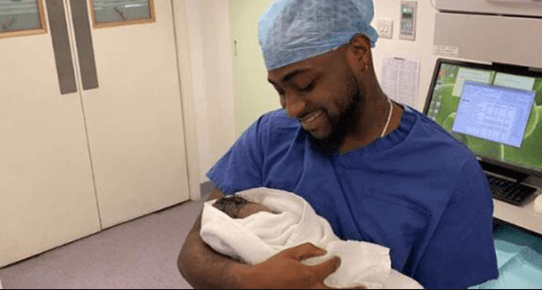 Nigerian singer, Davido is definitely going through tough times with rumors about his family’s legitimacy.

The singer has had to react to a viral tweet which claimed he was not the biological father of his son, Ifeanyi. Conspiracy theories began flying after Peruzzi‘s former label boss King Patrick claimed that Davido‘s girl, Chioma used to be Peruzzi’s side chick.

Few days after the allegation, the screenshot of a supposed tweet by Davido, which was a reply to controversial Journalist, Kemi Olunloyo’s tweet claiming that Peruzzi was Chioma’s pimp.

Davido quickly took to his Instagram story to debunk the tweet, as he tagged it ‘Fake and photoshopped’. See his reaction below;