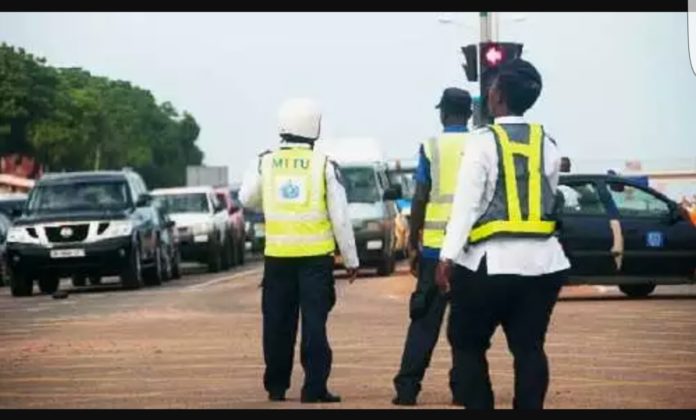 A commercial bus driver on Friday, February, 28 runs over a police officer with the Madina MTTD on the Madina-Spintex road.

According to Citi FM’s report, the driver sped off after the police officer has issued a directive for him to stop.

Eyewitness Lawrence Asante explained that there was a misunderstanding between the police and the driver, the driver was ordered to stop but refused.

He said after the action, the police chased the driver and upon catching up with him, one police officer tried to enter the car but the driver sped off in the process.

“I was in a car from Madina going to Spintex and there was a misunderstanding between the trotro driver and policeman because we were in our vehicle we did not know what was really going on. On our way going we heard the police sirene and we even thought the police were going somewhere just for us to see the police car pursuing the trotro, when they cross the car, the policeman wanted to enter the car, when he opened the door the driver moved the car and run over the policeman..”

Lawrence Asante added that the driver after running over the policeman drove ahead and abandoned the car.

“He moved forward a bit and ran away.”

Police interdict five officers in Bimbilla over assault of driver