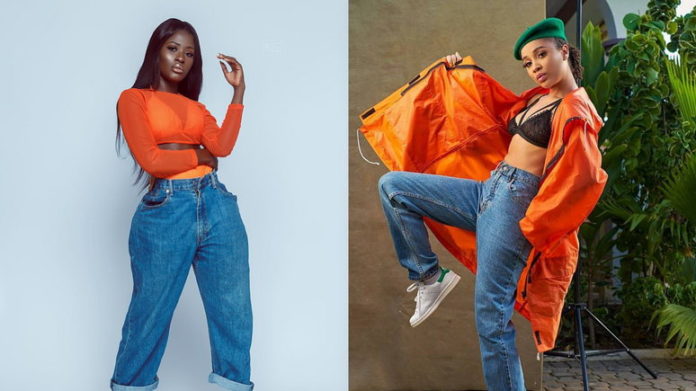 Style influencer and musician , Sister Derby has bitterly complained about how actress Fella Makafui has been copying her and treating her on social media.

According to the “libilibi” hitmaker who lost her boyfriend to Fella Makafui, the actress has been blocking and unblocking her on social media for no reason.

Sister Deborah as she’s affectionately called, made the revelation when she was tagged on twitter concerning a post Fella Makafui made declaring herself young, wild and free.

“Sweet, did I ever look pained? Forget the guy, this is about obsessive copying. Scary n creepy af. It’s almost two years and last year was my best year so far and getting better 💰💰”

Things between the two took a different turn after Wanluv the Kubolor verbally attacked Fella Makafui in an interview he granted where he revealed to the host that, Fella Makafui copied his sister to get her boyfriend Medikal.

You are Immature if you take beef personal: Sister Derby discloses.