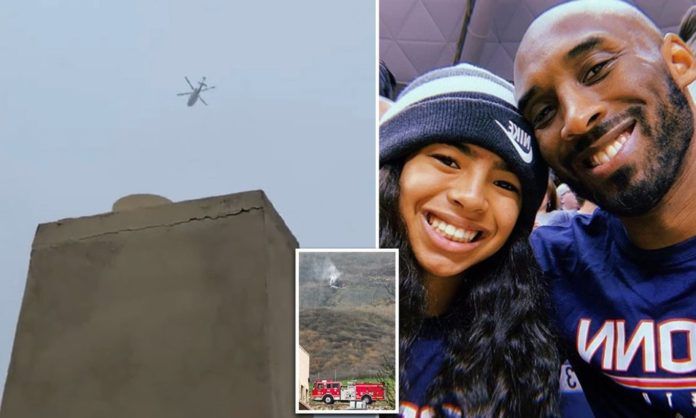 A footage has emerged reportedly showing the Kobe Bryant’s helicopter circled over a building before crashing.

A witness who captured the moment took to Twitter to share the video of the helicopter circling over Glendale, California, just 30 minutes before the Sikorsky S-76 crashed into a hillside in Calabasas, northwest of Los Angeles on Sunday, January 26.

‘I try and video /photograph all the weird stuff happening above my house in Glendale,CA. Unfortunately this morning I didn’t realize I was filming the helicopter Kobe Bryant, his daughter and others were in 31 minutes before they crashed . RIP,’ a Twitter user with the handle @theironlydreams wrote.

Another tweet from the same user claimed that the pilot was performing a very ”aggressive circling maneuver,” that’s why he went outside to film because it was so loud. He added that he ‘observed 1 or 2 circles’ before filming.

According to the Today show, the man’s home has been verified as being under the flight path of the Sikorsky S-76B chopper.

VIDEO: Watch The Moment Davido Swiftly Dodged A Zealous Fan Who Tried To Hug Him On Stage