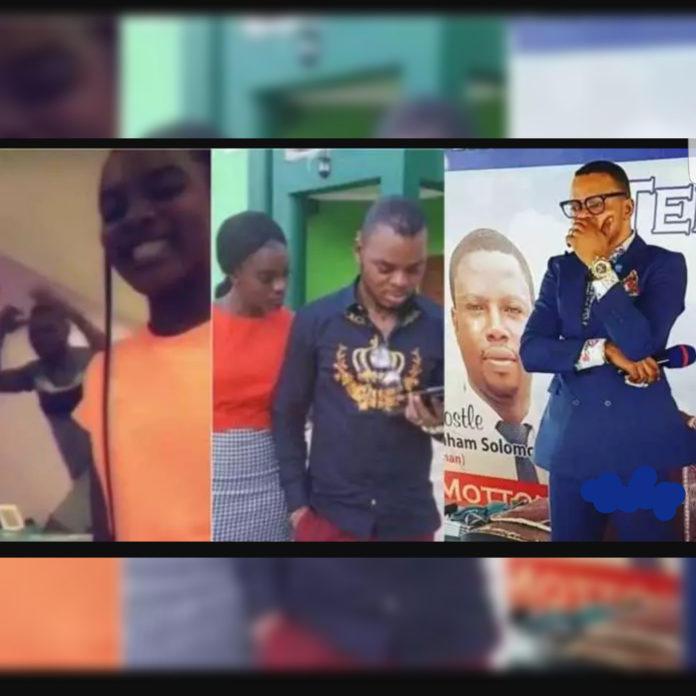 Angel Bishop Daniel Obinim who is the founder and leader of God’s Way International Church a few hours ago was the talk of the town after the MP for Assin Central Hon. Kennedy Agyapong released a video of him(Obinim) and his side chic.

The video placed the politician in a comfortable lead with his fight against Obinim, but from the look of things, looks Kennedy Agyapong must come out again because the lady in one of the videos has spoken.

According to the lady who has been identified as Grace, she is the biological daughter of Angel Obinim and doesn’t understand why people would refer to her as the side chick.

She explained in a video available that she recorded the video and used it as her WhatsApp status and is sure someone might have downloaded the video from there, saved it and later gave it to the Honorable member to use against her father.

Obinim himself confirmed that Grace whose full name is Grace Obinim is his first daughter he had before his marriage to Gospel musician Florence Obinim some 15 years ago.

Watch the video below:

He, however, failed to give more details as to how she was able to hide her from the public making everyone think she was indeed his side chic stating that at the right time he would open up about it.