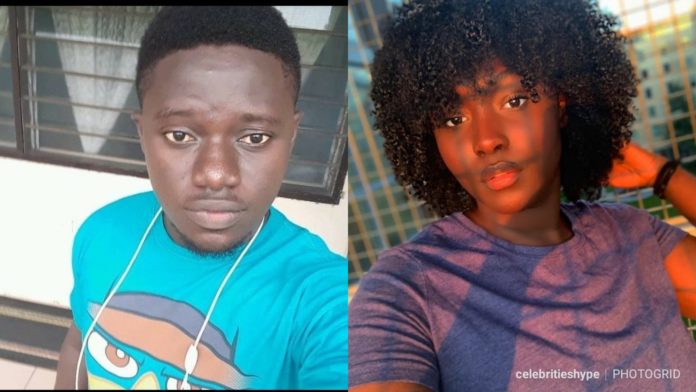 A young man identified as Nene Carboo has been accused by tweeps on social media for using a pseudo female account to fraud them of their monies.

According to tweets, the young man used an account with the name Curly Mimi to deceive guys who were trying to shoot their shot by asking for money.

From the looks of things, the lad has “catfished” a lot of guys on the app.

His modus operandi came to light with an account user by name @_liptonia decided to do a little digging.

Apparently, the chap wasn’t having enough reactions on Twitter

so he decided to change his account to a lady and that’s when his blessings started coming.

Guy after guy came into his DM and mention trying to shoot their shots.

Read some of the tweets