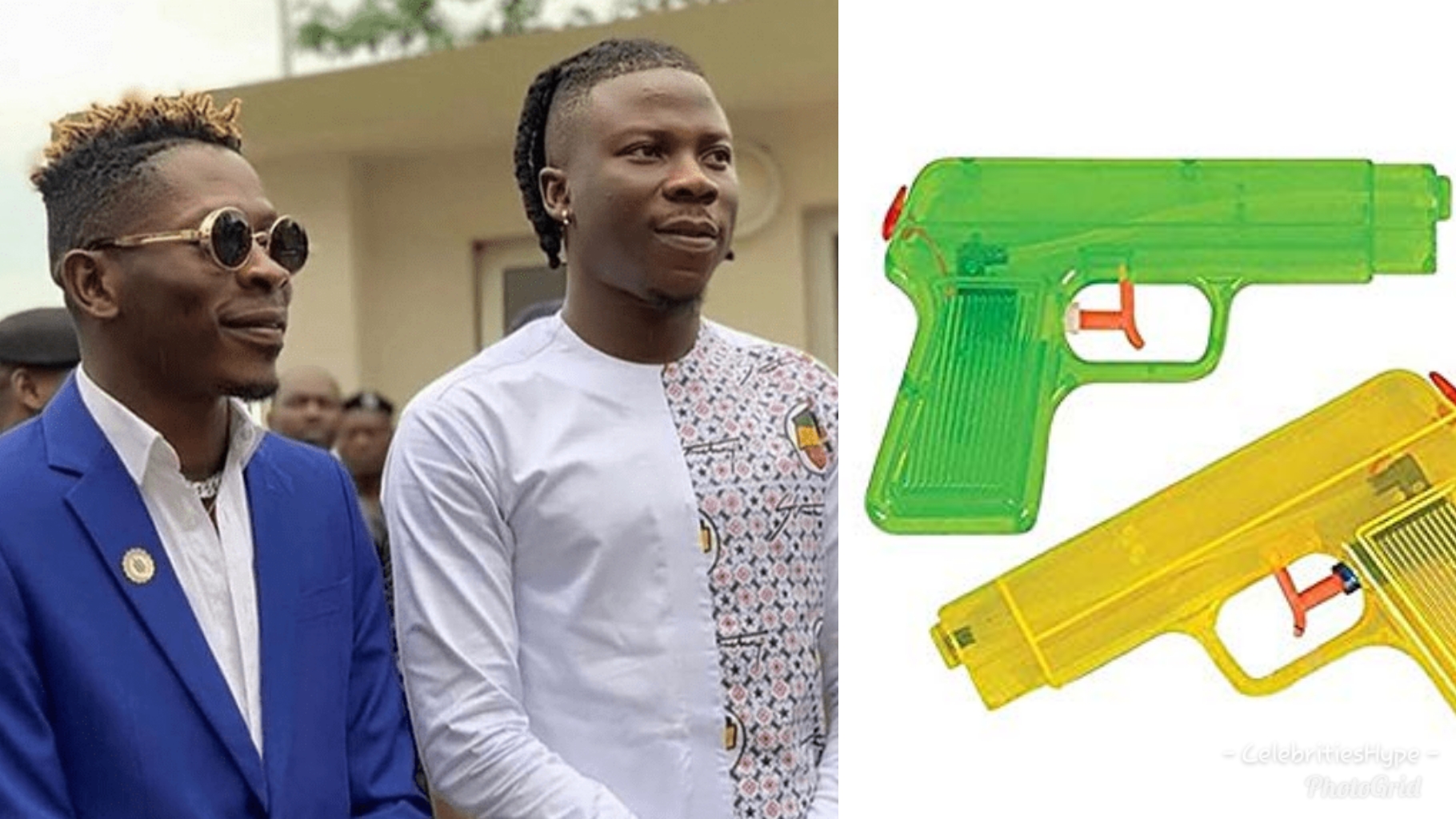 Probably it’s a new antic or an afterthought of events but Shatta wale has shone some new light on his VGMA squabble with fellow dancehall Afropop artiste, Stonebwoy.

Until recently, Shatta wale and Stonebwoy were not on good terms with both artisys always shading each other at the least opportunity.

Their beef took a disturbing turn when their entourages engaged in a first fight at the last edition of the VGMA’s where Stonebwoy was seen in a video receiving a pistol from one of his bodyguards.

The two, Shatta wale and Stonebwoy are in court defending their actions.

When asked whether he saw the gun Stonebwoy was holding, the “Gringo” hit-maker answered in the negative but said he was later told Stonebwoy was carrying a gun.

Shatta Wale after a few seconds added that, he doubts it was a real gun and that it was a water gun.

“Stonebwoy loves water pistol. He is my cousin and when he was young, he uses to play with water pistol so i am sure it was a water pistol and not a real gun” he said.

Shatta wale was in the studios of Peace Fm answering questions concerning his ‘wonder boy’ album.

This Sunday In Ashaiman, Stonebwoy Will Officially Open The Much-Anticipated Bhim Shop!

Driver Runs Over Policeman To Avoid Arrest On Madina-Spintex Road

Quamina MP dating fantana as he squeeze her ass in ‘Wo...