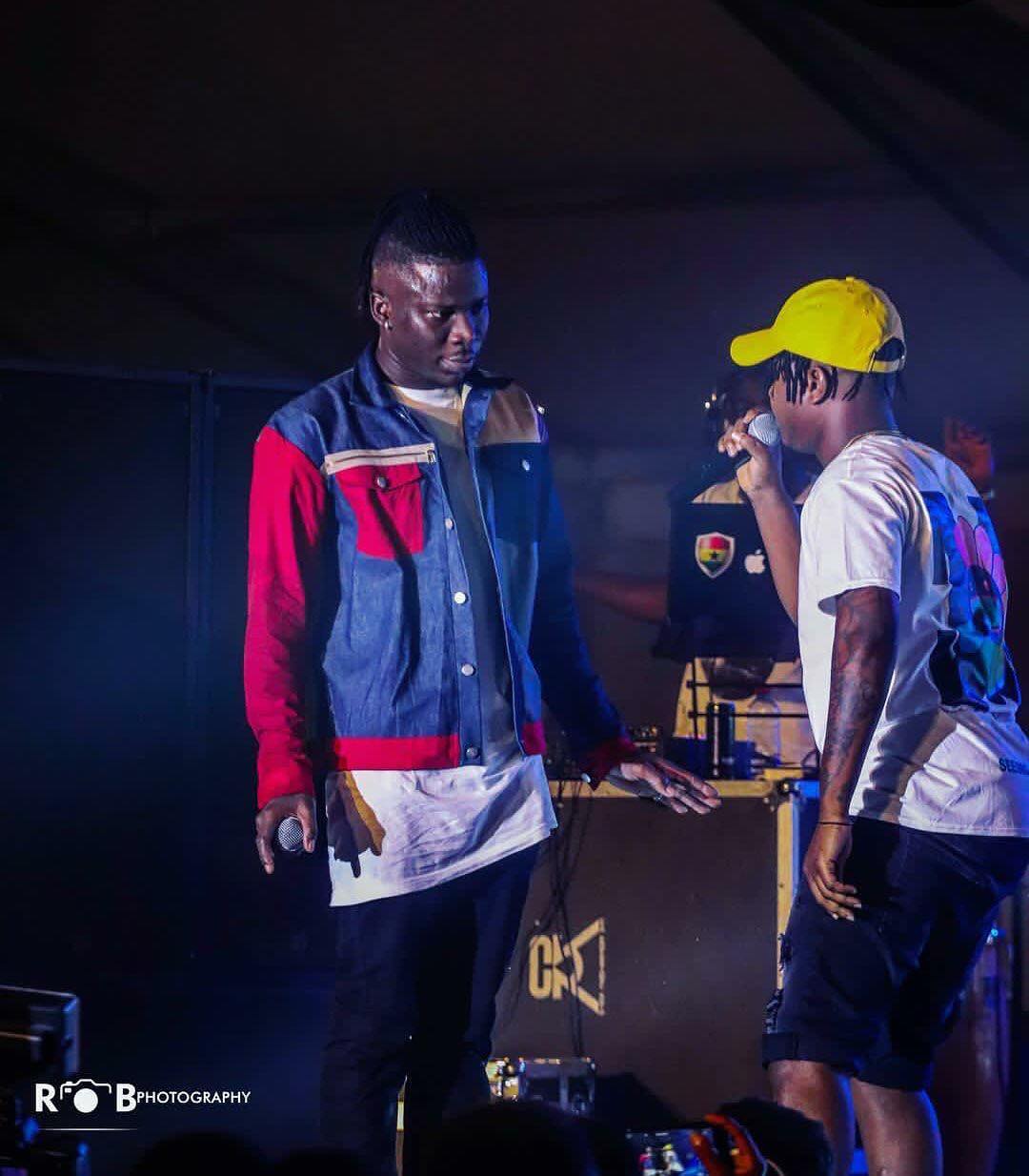 Kelvyn Boy has said that he’ll make an appearance at Stonebwoy’s Ashaiman to the World concert only if he’s invited.
The ‘Mea’ hitmaker said this in an interview on Adom FM’s Work and Happiness show.

According to him, his exit from Stonebwoy’s Burniton Music Group label, won’t stop him from sharing a stage with him.

Kelvyn Boy and Stonebowy fell out after the latter split with his manager, Blakk Cedi.

Although the protegé was believed to be signed onto the Group it was revealed after the split that his contract had been with Blakk Cedi instead.

This sparked some controversies and questions which were left unanswered when after the split.

Although many believe Stonebwoy and Kelvyn Boy might have an acrimonious relationship now, the protegé said regardless of the tension between them, he doesn’t see anything wrong with performing together on the same stage with the ‘Shuga’ singer.

According to him, he is solely focused on doing music and that is what matters. The 5th edition of ‘Ashaiman to the World’ is expected to take place on November 30, at the Saka Saka Park in Ashaiman.

Instead of sending ambulances to save lives, you are organizing ceremony- Yvonne Nelson chides Akufo Addo

If your vagina doesn’t beat when you see him, he’s not the one- Princess Shyngle

VGMA2020: I submit entries every year but I am not nominated – Sista Afia