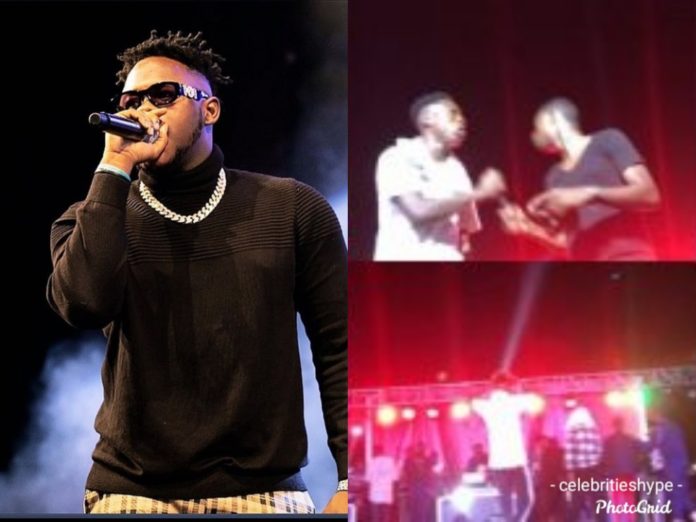 After seeing the video of the underground artist who was practically humiliated by organizers of the wendy shey concert at the west hill mall over the weekend, AMG protege and reigning Vodafone Ghana Music Award(VGMA) rapper of the the year, Medikal,has promised to jump on the lad song and finance his music video.

According to the”sowutuom” rapper, the humiliation suffered by the underground artist who has so far been identified has Zicco Ranking, reminds him of when he was coming up as a rapper.

“
This video made me so sad, it reminds me of when I was coming up ! Somebody help me find this guy ! I will do one song with him and finance the music video as well!”

Over the weekend, a young man’s desire to show support for Wendy Shey and in an attempt to promote himself was shamefully truncated when his mic was yanked from his hands by organizers of the concert while he was performing.

This barbaric behavior by Wendy’s team after it was exposed on video, drew condemnation by everyone forcing Wendy Shey to apologize on behalf of her team.

“My attention has been drawn to this video circulating on social media about this young Artist who came over to support my concert last Friday and was unfortunately stopped from exhibiting his art. Myself together with management wanna apologize for the incident that occurred,” – Shay wrote