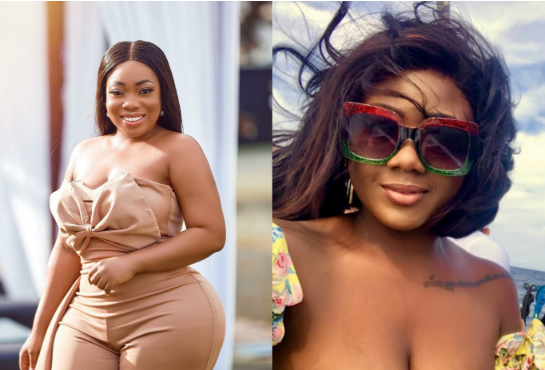 Actress Moesha Boduong has taken to social media to accused her former friend Salma Mumin of being entrenched in occultism and juju.

According to the curvy actress whose body shape has given her a number of following in the Ghanaian entertainment industry, Salma Munim’s businesses and enterprises are just a front to cover her juju life.

Taking to Instagram, Moesha revealed that, her fellow “Away Bus” actress using juju to snatch the good luck of anyone she comes into contact with.

That isn’t all, according to Moesha Boduong, though Salma claims she’s working hard and making mony from her businesses, she’s, in fact, milking money from married men and currently sleeping around with one.