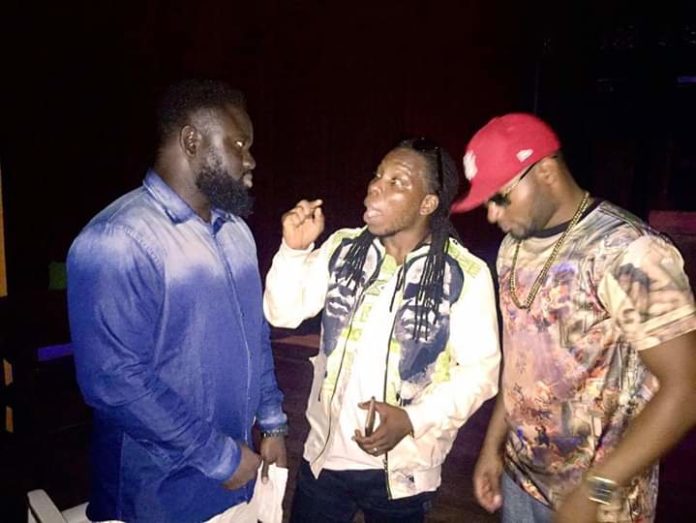 Artist manager and entertainment critic, George Britton has fired back at Edem, popularly known as Ayigbe Edem by describing him as an emotional rapper who needs to stop being lazy in public.

His remarks comes after the rapper took him on Twitter for saying the entertainment industry would have collapsed without the three S (Sarkodie, Shatta Wale, and Stonebwoy). Though in his defense, Mr. Britton stated that his words were taken out of context and that what he meant was these three have given the industry something to talk about during the Covid19 period.

Well, Edem did not badge to his excuse and went for the jugular by calling him an ass kisser who has nothing to show for after taking $500k when his artist sign a new deal.

Mr. Britton has come back to explain himself and drag the rapper as well.

Interestingly, Edem Goget’em who should know the color of TRUTH when spoken has taken upon himself to attack me with regards to my statement made on Joyprime official TV last Tuesday, that in recent times Sarkodie, Shatta Wale and Stonebwoy are the most relevant artistes in Ghana and without these 3 the industry will not be vibrant.

It’s funny how Edem, one of the finest Rappers on the continent doesn’t know this accession, How engaging has Edem been as a brand/artiste to his followers or fans, how often does he give them anything to talk about? Truth be told, Edem has the potentials all these 3 S has but u know what? He sleep too much.

Mr. Emotional Rapper, you should sit back and analyze your growth as an artiste n get back to work and stop displaying ur laziness in public. The media is ready to support any artiste who wants to work.

HAVE A GREAT DAY MY GO’GETHEM!!! I AM STILL A FAN… #GEORGEBRITTON

Every artiste in Ghana is hungry- Edem proves his point

“Your ass kissing didn’t make Keche look big. What did you do with the $500k” – Edem blast George Britton