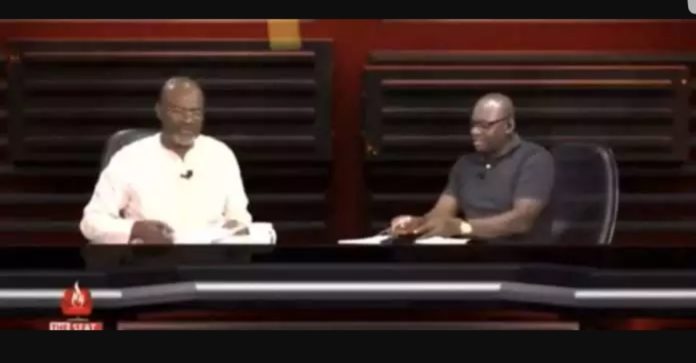 Kennedy Agyapong got so mad at is Net 2 TV station workers and blasted them in the harshest way ever.

That was after they almost flopped him on set while he was about addressing matters of pressing need to the nation.

The Member of Parliament for Assin Central for the New Patriotic Party (NPP) labeled the host and the technicians as ‘Burgos’.

He added that they are good for nothing who are just wasting his resources.

Although the host of the show attempted to defend himself and his team, Kennedy Agyapong sounded so loud that, he had to ‘shut up’ and endure the pain.

Ken couldn’t fathom why they wanted to flop his by facing technical challenge while he was on set.

Watch The Video Below:

Just In: Two Gunmen Tried To Murder Kennedy Agyapong In His Mansion At TEMA