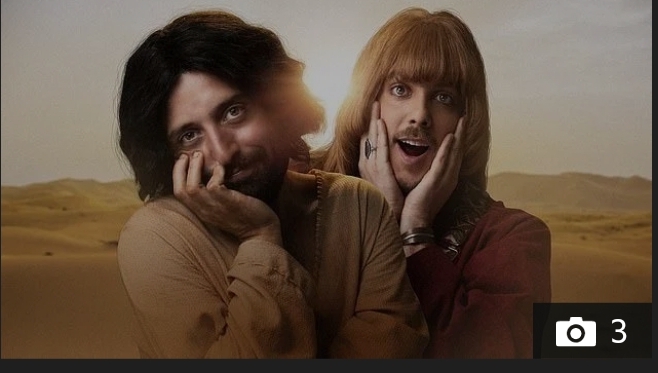 A BRAZILIAN Netflix film about a gay Jesus has sparked a huge backlash – with 1 MILLION people calling for it to be pulled.

The First Temptation of Christ – a 46-minute comedy flick showing Jesus as a closeted homosexual – was released on 3 December.

It sees Jesus and a ‘friend’ named Orlando arriving at Mary and Joseph’s house for a birthday party.

Jesus tries to downplay their relationship, while Orlando hints that they’re more than friends.

The Netflix description reads: “Jesus, who’s hitting the big 3-0, brings a surprise guest to meet the family. A Christmas special so wrong, it must be from comedians Porta dos Fundos.”

He wrote: “We support freedom of expression, but is it worth attacking the belief of 86 percent of the population?”

And Bishop Henrique Soares da Costa wrote that he had cancelled his Netflix account in protest at the “blasphemous, vulgar and disrespectful” skit.

A petition for it to be taken down has already attracted 1.4million signatures.

Porta dos Fundos said in a statement: “We value artistic freedom and humor through satire on the most diverse cultural themes of our society and believes that freedom of expression is an essential construction for a democratic country.”

Ghanaians fume at Afrochella organizers for bringing a Nigerian;Charles Okocha to host this year’s festival

“SMOKESCREEN” – Exploring what the film meant to say most

Hajia4Real and D-Black To Host Ghanaian-Nigerian Born And Socialite Symply Tacha And Titans, December In Ghana

Tacha, the lady with the largest fan base in Africa coming to Ghana

3 Nigerian stowaways land in Ghana instead of Spain

Guys in relationships are addicted to sex, if you don’t give...

Popular Actor, Ernest Asuzu Reveals Why He Went Shirtless To Beg For Alms