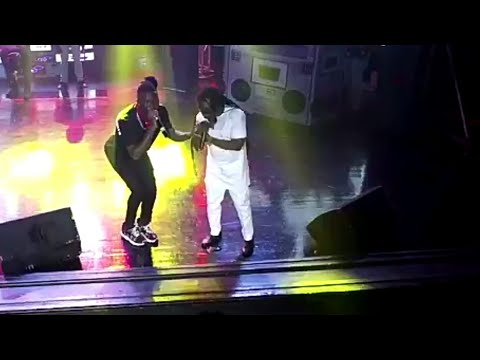 According to the reggae dancehall artist, Obrafour was among the first people who believed in him from the beginning and even decided to give him a feature on his song when he was in SSS2.

Stonebwoy who was performing one of his first singles, ‘Ghetto Love’ with Obrafour, couldn’t hide his excitement and love as he listed a litany of people who believed in him since the beginning of his career.

He mentioned the likes of “Kwaw kese, Bright of Bukbak, Prince Tagoe , Quick Action, Afro Moses” as people who saw the talent in him and decided to give him a chance.

Pae Mu Ka @ 20 is a concert to celebrate Obrafour’s journey in the music industry since he came out with his life-changing Pae Mu Ka album in 1999.  It had performances from all the A-listed musicians in Ghana

Iwan lashes out at Stonebwoy and Mugeez

APOLOGY NUMBER 3: Ola Michael apologies over allegations that Stonebwoy brandished a gun during scuffle with Angelo