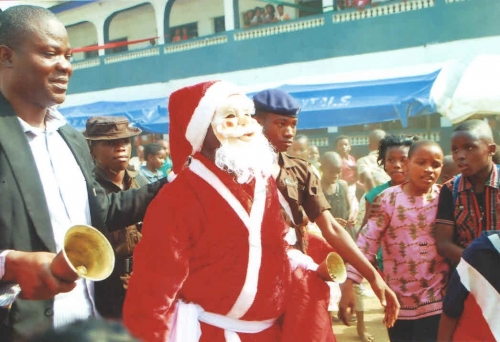 Many will always think of Father Christmas a jolly white-bearded man wearing red and white dress distributing gifts and treats to children.

But now people are wondering whether he needs an update for modern times, as one company has offered the possibility of Father Christmas becoming a gender neutral person.

GraphicSprings , a logo creation company, polled 400 people from the US and UK about potential ways to modernize Santa, using the top suggestions to poll a further 4,000 people on how they envision him.

In total over one quarter (27 per cent) of respondents reckon he should be rebranded as female or gender neutral, according to 6 ABC .

Over on social media the results of the survey have had mixed reactions, with some claiming the idea is “ridiculous”, while others don’t understand the point in arguing over a made up character.

But given Santa Claus is a fictional character designed simply to make Christmas fun for the kids, does it really matter what’s underneath his signature red outfit?

The issue of what gender Santa should be has taken on a new significance in recent times, as people on social media and even politicians are taking a stance on the issue.

What do you think. Should Father Christmas be updated to a female or gender neutral.