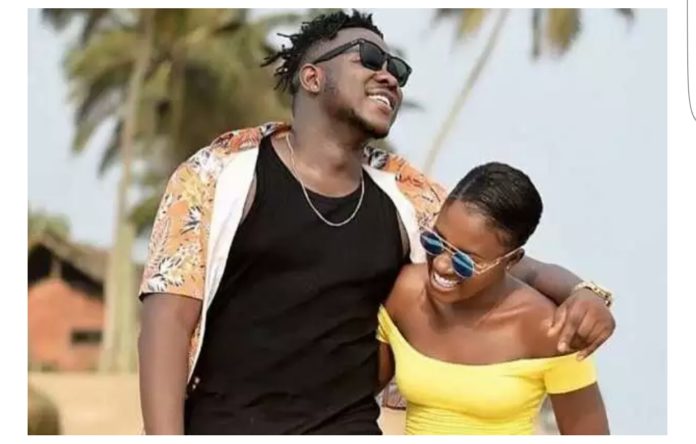 A photo of Medikal and Fella Makafui’s engagement invitation card has surfaced online.

In early 2020, there were rumours that Medikal and Fella had been engaged at a private ceremony. This became known after Medikal’s right-hand man attempted to debunk their breakup rumours.

It appears it did not happen in the past at all, but maybe there were some future plans and if what we have just seen online is true, then Medikal and Fella Makafui are on their way to finally get wedded.

ALSO READ  Criss Waddle Asked_ ‘Why most of our politicians always wait until elections to spend so much to buy vote?’

After several months of chopping and using Fella Makafui in the bedroom, an invitation card has surfaced which suggests MDK is ready to settle with Fella.

The inscription on the invitation card suggests the engagement ceremony will be held in East Legon on 7th March 2020, at exactly 10 am.

We hope this is not another stunt from the celebrity lovebirds. They are well known for pulling public stunts just to seek attention.

If it turns out to be true, then we will advise he doesn’t organize anything lesser than what Kennedy Osei and Tracy did, else Ghanaian’s will troll him.

“I Don’t Want Your Man For Anything, Don’t Go And Beat Him Up Because Of Me” _ Sister Derby Goes Hard On Fella Makafui...