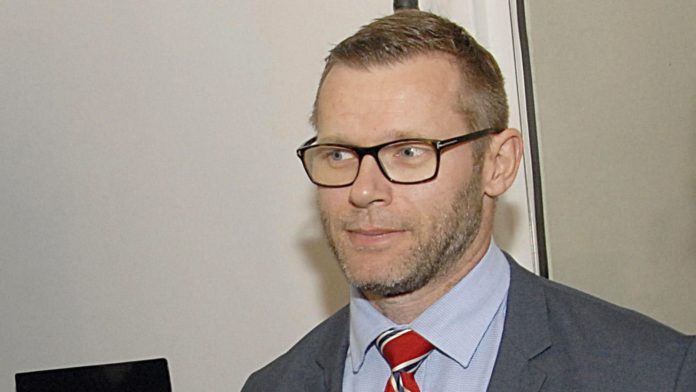 A Danish politician has placed a campaign ad on one of the world’s biggest porn-streaming websites ahead of Denmark’s general election.

The 41-year-old, an Olympic shot put silver medallist, has been a member of the centre-right Liberal Alliance since 2011.

An advert of him in a suit appeared on the porn-streaming website with the crude slogan: “When you’re done w******, vote for Jokke.” Jokke is a nickname for Joachim.

In response to one Twitter user who claimed he was getting more attention than Rasmus Paludan, the founder and leader of the anti-immigrant party Hard Line, Mr Olsen wrote: “There is no limit to how far I will go for the nation.

He also defended the ad in an interview with the Danish Broadcasting Corporation.

Mr Olsen said his campaign was 95% serious, leaving room for a little “fun”.

“I hope people get a good laugh. I have received a very positive response to it,” he said.

“I don’t know if there are votes in it.

“I am well aware that some people are outraged. One cannot say anything today without people being outraged.

“Those who know me as a politician, they know I’m a serious politician. But I also have humour, and I think this is fun.”

The 5 June elections are being held on schedule at the end of the Danish parliament’s four-year term.