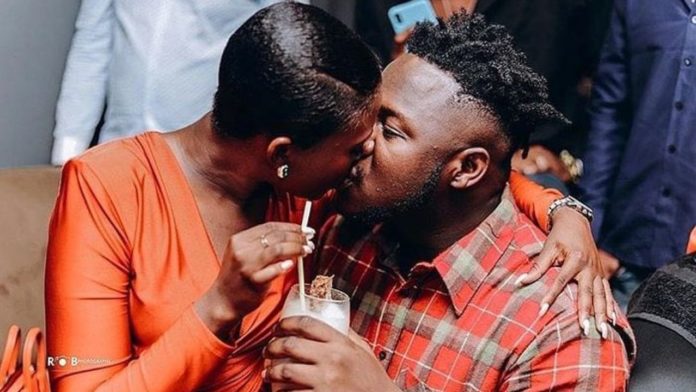 Ghanaians were taken by surprise when news took center stage that the most talked about two love birds, Fella Makafui and Medikal are no more together.

Even though a lot of people believed their break up was a publicity stunt, events surrounding the situation continue to prove that the two have indeed parted ways.

After several attempts including going to Fella’s wine shop with his god-father Criss Waddle to beg Fella and asking Shatta Wale to beg on his behalf, Medikal seems to have given up on the chase.

However, on Tuesday January 21, Medikal tweeted that he was missing Fella.

“I don’t know but I think I’m missing him,” she also tweeted on January 22.

See both their tweets below: