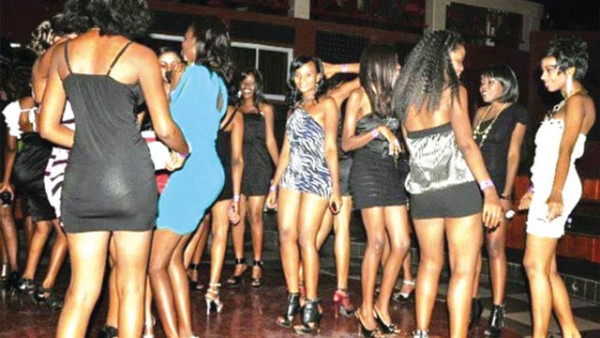 According to a Tv3 news report, a research conducted by the Ayawaso West Assembly has revealed that 80% of commercial workers who ply their trade along the FC East Legon Branch towards the Muslim Cemetery on the popular Abedi Pele Road were students.

The research which is believed to have been conducted by a competent team, also revealed the remaining 20% were housewives and church elders who are seeking additional source of income. Municipal Chief Executive made the revelation known in a gathering.

East legon , which was previously not known for such trade , has now become the haven for prostitutes with sharp taste for luxury cars.

Places like Circle and Lapaz were the place mostly known for such ventures. A usual walk along the streets of Lapaz in the evening is all one needs to catch a glimpse of these prostitutes.

Some of these sex workers who are spotted wore suggestive hot sexy dresses, revealing generous amounts of cleavage, while others were also in hot pants and crop tops, with clutch purse and sling bags.

Others appear casually dressed in jeans, sandals and top, deceptively passing off the image of  ordinary revellers and thereby avoiding undue attention from law enforcement agents.