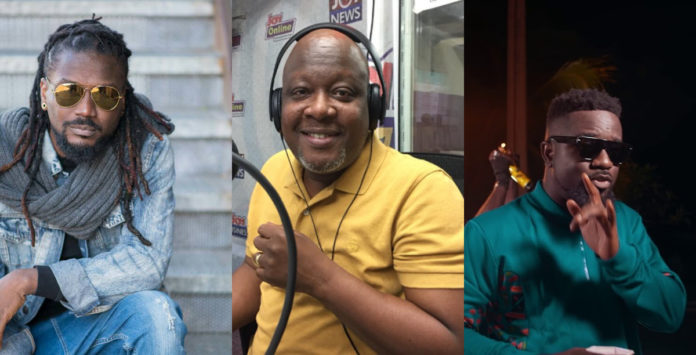 Chairman general and host of Peace FM’s Krokrooko program, Kwame Sefa Kayi has revealed the inspiration behind his decision to play Sarkodie’s hit track Oofeetsɔ every time on his flagship program.

The actor turn radio host has over the month, been playing Oofeetsɔ on his program every morning. It has synonymously become his signature song before he starts his political program.

Asked what was his motivation for playing the song every morning on his show, Kwame Sefa Kayi revealed he was forced to do so by Samini.

According to him, Samini was the individual who kept forcing him to play the song even-though it wasn’t his.

“It was Samini who kept worrying me to play the song. He told me, Chairman, you for play the song ooo” he said