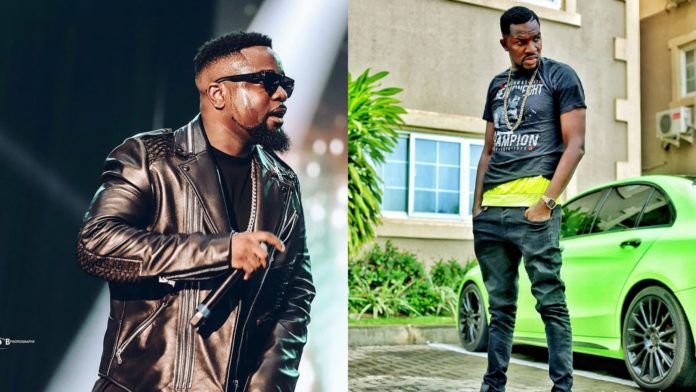 Multiple award-winning Ghanaian rapper, Sarkodie has taken the easier road after his rap invisibility was exposed by music producer and rapper Ball J when he replied him with his Lullaby track.

According to the BET International flow winner, his “Sub Zero” track that was deduced to be a diss song aiming at Asem and Ball J weren’t actually diss songs even though the rapper kept quiet when his trolls dogs or fans took turns to lambast Asem and Ball J.

He said in an interview with MzGee and Tv3 that, he has only done two diss songs in his life but this particular song wasn’t a diss song. He added that, if Ball J wants a reply to his Lullaby, he has to come together with his team so they have a conversation. He further opine that, he wouldn’t diss someone when he will not be benefiting.

” If you want a reply, come and with your team. Come and sort, I can’t just go back and forth like that. You know when I reply, I’m doing you good “ – he said

So to those who are waiting for a reply from Sarkodie, sorry to disappoint you because it’s not coming anytime soon but knowing Sarkodie, he will be throwing shades in his songs though