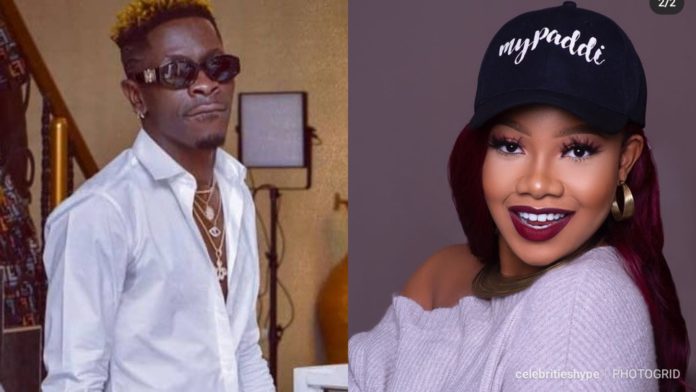 Ghana’s dancehall general Shatta Wale seems to be crushing on the most successful Big Brother Naija reality star ever to step out of the reality show, Anita Natacha Akide affectionately known as Tacha.

He made his feelings known when he posted a photo of the serial entrepreneur on Instagram and pleaded to be her bestie. Tacha replied in the affirmative.

The Nigeria who is born to a Ghanaian mother, got disqualified from the reality show after an altercation with the eventual winner, Mercy. But just like the story of the rejected stone that later became the cornerstone that holds the house together, Tacha has gone out to become the most talked-about reality star ever to come out from the show.

Loved and adored by her loyal fans, called the Titans, she keeps on trending on Twitter daily. She once trended number one worldwide on Twitter. A fate none of the stars from the show had ever achieved. Tacha continuous ability to stay afloat and relevant has shifted the winner of the pepperdem squad into oblivion.

It’s therefore no wonder Shatta Wale will be smitten by the star.