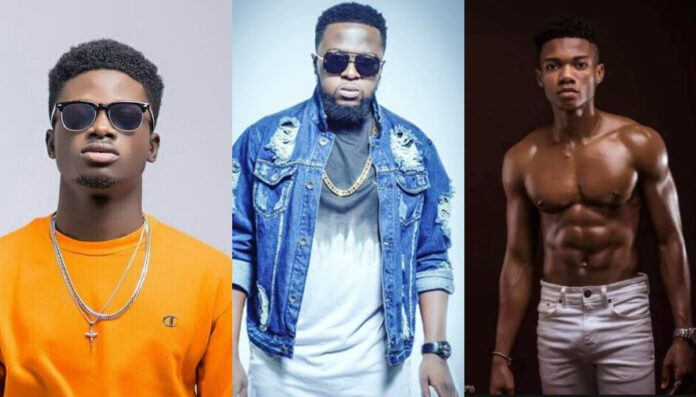 Ghanaian rapper and record label boss, Guru has revealed in an interview that, one Albert, who doubles as the manager of Kuame Eugne and Kidi, has said he will not allow his artistes to ever work with him.

Guru who was speaking to Zionfelix said that all her advances and persistence to have either of the singers to his song has proven futile because their manager has refused to give him the opportunity.

According to Guru, whose real name is Maradona Yeboah Adjei, he launched some enquiries into why his efforts has been thwarted only to be told that it was their Manager, Albert, who has become his nemesis. Per Guru, the manager still have some issues against for his song “Kasiebo” which he did some years ago.

Guru revealed that Albert made a statement which clearly meant that he wasn’t ready to let Kuami Eugene and KiDi give him that feature, obviously as a payback for the diss track “Kasiebo”.

Kidi remorseful about his past and apologize for dissing Sarkodie