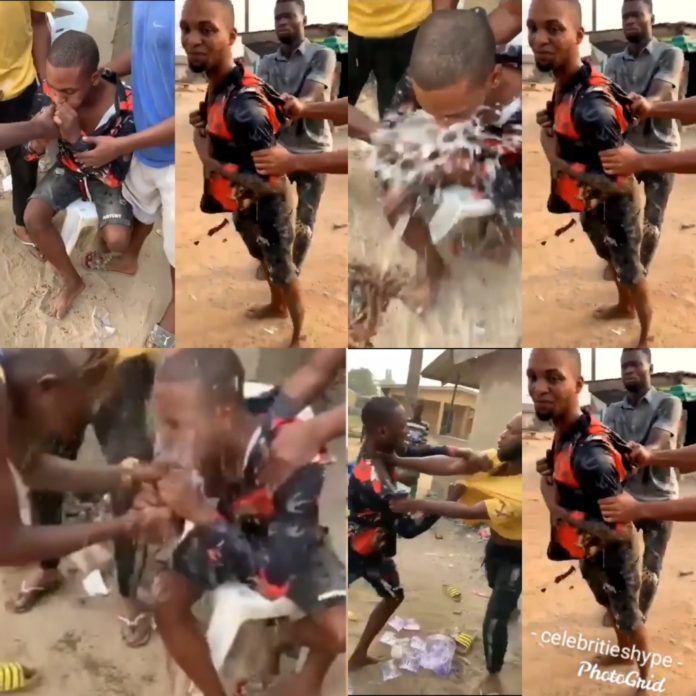 A video of how some good friends tried to put their friend who had smoken colorado weed under control hit the Internet.

In the video which has now gone viral, the said gentleman who is yet to be identified, was seen being held by his friends after he had attempted to remove his clothes and run naked into the market.

Sources claimed the young man had smoked colorado weed. A new kind of weed much powerful than the ordinary weed.