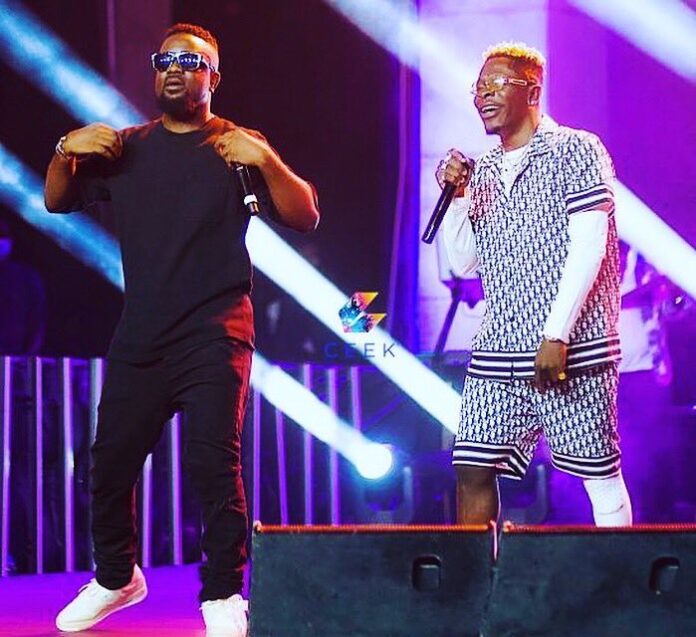 King Sark as he’s affectionately refered to , hosted his first ever prerecorded virtual concert and had it streamed on popular American streaming site Ceek.com.

The event which was hosted at the black star Square saw magnificent performances from notable Ghanaian artists who have ever been featured by the multiple award winning rapper. Artists like Joe B,stunning Sista Afia, slender Efya and the soothing voice Kidi made their presence felt as they all jumped on to make the concert a success.

However, the inclusion of Shatta Wale became the highlight of the show. Sarkodie and Shatta Wale have had their bromance torn in pieces after the dancehall artist in various interviews dragged the tema based rapper and called him a poor dishonest person.

But his decision to let bygones be bygones and join the rapper on stage has left twitter buzzing with reconciliation comments.