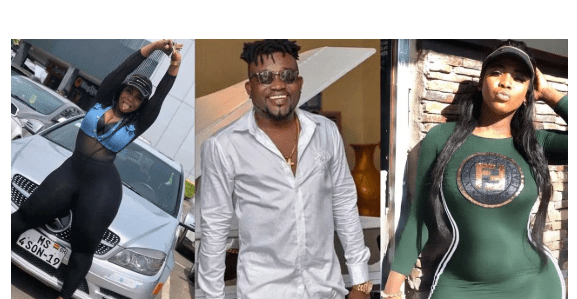 Chief Executive Officer of Rufftown records, Bullets has shone some light on his managerial style by throwing a dig at ms Forson or any female artist who has desires of doing music and working under him.

According to the manager of Wendy Shey and Fantana, his record label is for women empowerment and he’s ready to work with any woman whether married or unmarried. He also added that he has the Midas touch to make any woman a star within 6 months.

“Rufftown record we are about women empowerment so any woman who is getting into music, come to rufftown record and under six month you will become a star. Whether you are married or not” he said as he received an award on behalf of Wendy Shey

His remarks were seen as a dig towards ms Forson who in a tirade of accusations, alleged that her divorce was as a result of an advised she took from Bullet when she was working under him

The 4syte music video award was held at the Kempiski Gold Coast City Hotel in Accra yesterday and was grace by the creme la creme of the entertainment industry.