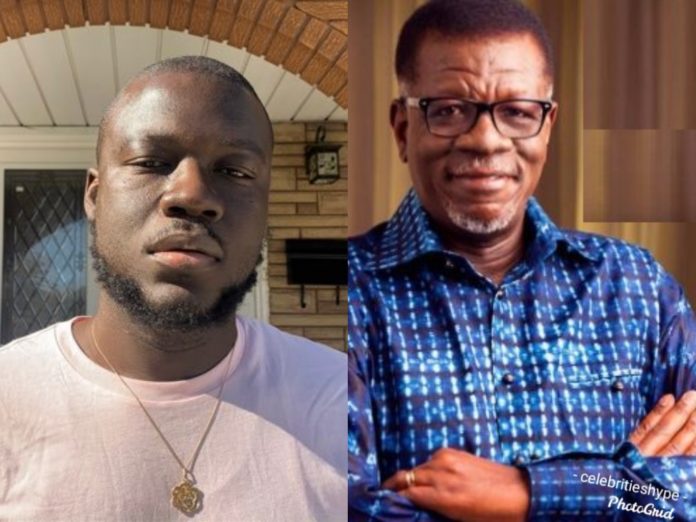 Ghanaian spoken word artist Mutombo Da Poet, whose real named is Percy Osei – Appiah has launched a scathing attack on Mensah Otabil over his recent sermon that has gone viral.

In his sermon, the head pastor of the International Central Gospel Church described people who fancy posting their food and new clothes on social media as people with low IQ.

According to the man of God, people should strive for better things in life and not be satisfied with anything they get.

But reacting to his sermon, Mutombo the poet called out Mensah Otabil as someone whose mind needs help for using social media to push people to his church.

He said ” hello @MensaOtabil i think ur head also needs help for using social media to push so many people to come to ur church so u take their monies. what’s the difference between someone posting his food and u posting ur verses & church events? ur head needs help. you are not normal!”

Mutombo did not stop there but added that the celebrated man of God didn’t think through his sermon before preaching it, stating that, his sermon contradicts other sermons. He ended it by calling Mensah Otabil a thief something that has been espoused numerous times by his friend Wanluv the kubolo

“you didn’t think through before dishing out this sermon and you pastors keep on contradicting yourselves because i’m sure this same thief has told his congreagtion to flaunt what god has given them before. what’s sad is the people laughing and applauding. thief!”

Ibrah One replies Mensah Otabil on his low IQ comment