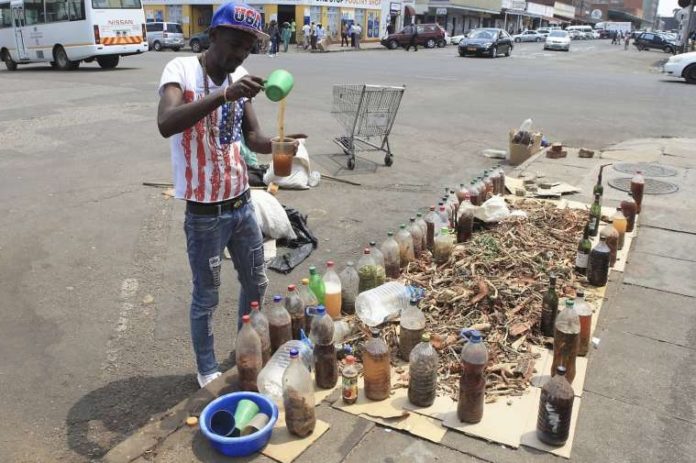 A desperate search for vitality has over the years pushed some Ghanaian youth into consuming poisonous substances, including various kinds of glue, turpentine and petrol, but the latest discovery will shock the nation.

In the Upper West Region where the new substance abuse is believed to have originated, the youth mix both used and unused women sanitary pads with water and boil for some minutes after which they sieve the concoction for drinking.

For smokers, they mix dried human faeces with Indian hemp and then roll it up in papers like cigarette sticks. The human excreta, according to the abusers, improve the flavour of the illicit drug.

He revealed that the drug and substance abuse was becoming a problem in the area as the yout have resorted to all kinds of substances, stating “these substances we talk about are the carpenters’ glue, the shoe makers’ glue, turpentine, tipex; that is correction fluid, petrol.

“They are sniffing!,” he told the minister.

“There are even much more dangerous ones Mr Minister. If you hear about it you will be disturbed. People are now smoking ‘poopoo’; shit,” he stated, explaining “they mix the dry shit with marijuana.

He said the abusers claim “it improves the flavour and there are others who smoke only the dry ‘poopo’ they pick. They role it and smoke”

That is not all, he said, “there is even another worrying development which is the use of the pad which our sisters use when they are menstruating.

“Now the youth go to buy the pad… they will boil the pad, sieve it and drink it, and others who are unable to buy new pads, they look around in the back yard, [and] when the ladies remove it and throw it away, they take it to go and boil it, sieve it and drink” Mr Bakuri said.

According to the NACOB commander, the office is yet to conduct a laboratory test to establish the chemical compositions of the latest discovery that the youth are hooked onto it.

“We are still trying to discover the chemical composition that is in the pad,” he said.

The apparent shocked Mr Dery lamented over the new substance abuse, but assured that government will do something about it.

“I don’t think you should be worried, the president has cabinet subcommittee chaired by a very prominent person from the civil society which is dealing with drug menace. We had tramadol and others which are not under the law, and therefore I will encourage you and invite you to make a presentation before that committee that will enable them come out with recommendations that will be comprehensive,” he stated.

Meanwhile, he has underscored the need to educate the youth to stay away from substance and drug abuse and protect them for the future because they are the people who will take up the leadership of the country.