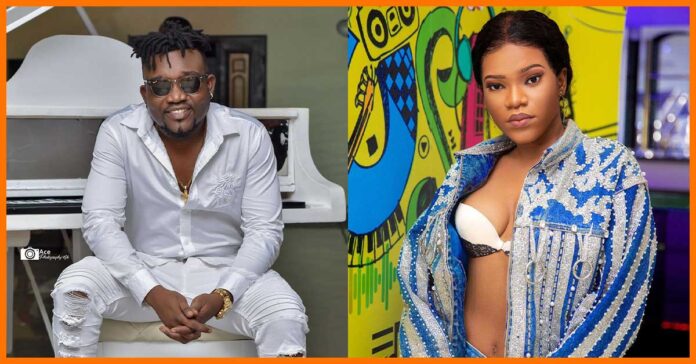 Reincanted Zylofone music new signee Tiisha seems to be focusing more on Rufftown Records label boss and his protégé Wendy Shay than she does on her music.

Tiisha, who once revealed she was promised to take over from the late Ebony by Bullet, has used every opportunity and time clocked on twitter to ran down any person linked with the Rufftown Records brand.

Not long ago, Tiisha took a swipe at Wendy Shay for labeling herself as the Queen of Ghana music. She again refilled her quiver and aimed her darts at Bullet for attributing hos uncles death to Menzgold.

According to Tiisha whose signing unto the Zylofone name raised a lot of eyebrows by lenders of Menzgold, its dumb for Bullet to avert that his uncle’s death was caused by Menzgold. Tagging his uncle as a fake uncle, Tiisha added that Bullet should show the face and autopsy report detailing the cause of his uncle’s death.

She further opined that, it was absurd for the Rufftown Records label boss to deduce that nothing is being done through the law Court to resolve the issue.